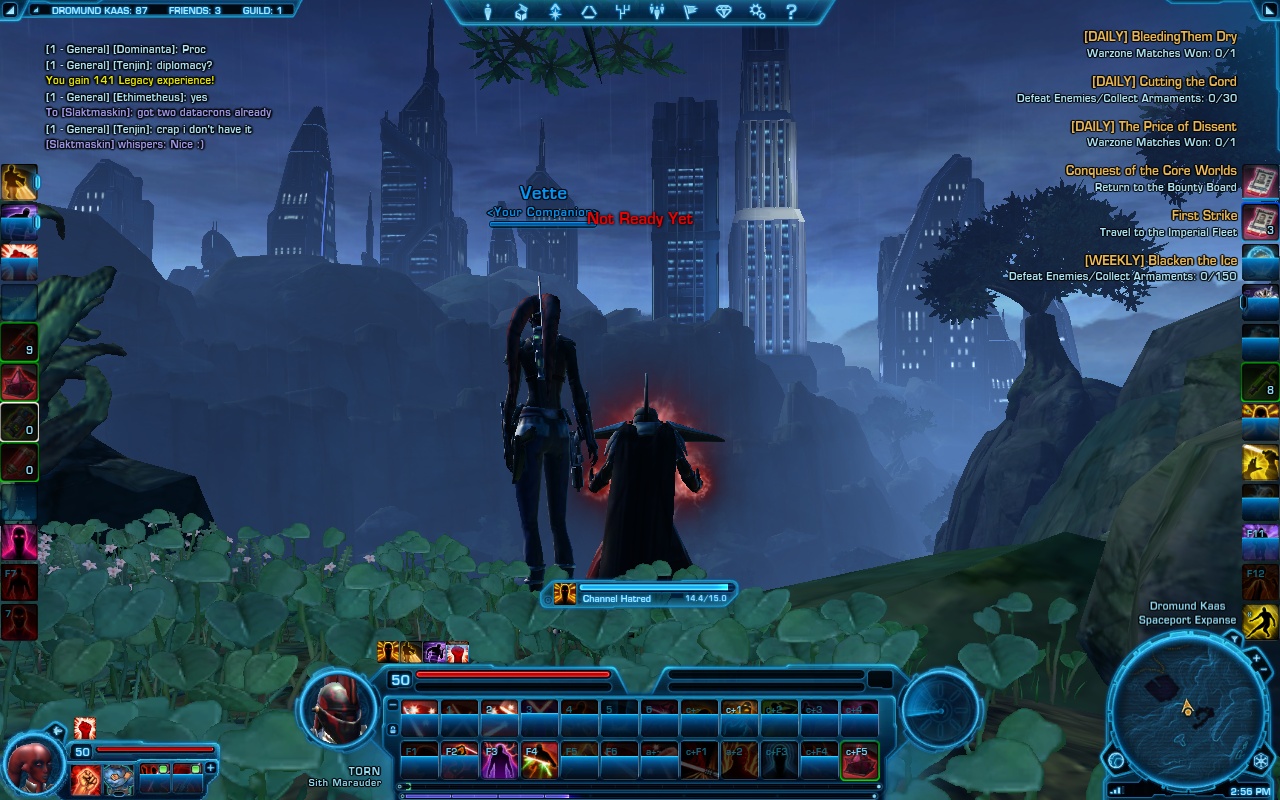 If you are a new player to SWTOR, and you choose to play as a Republic class, The Esseles will be the first flashpoint you may partake in.
The optimal group dynamic for this Flashpoint is:
Throughout the Flashpoint you will experience an assortment of group dialogue scenes, all rewarding a scattering of Social Points for everyone involved. Enemies generally present themselves in groups of 3-4 and a few rooms of trash mobs typically leads to a boss.

Isric is immune to incapacitating and movement-impairing effects so don’t bother trying any of those abilities on him. While this boss is fairly easy to defeat, and doesn’t involve complicated tactics, some players who are new to the MMO scene may need to attempt this Flashpoint a couple of times.

Isric only has one mechanic to concern yourself with and that is his ability to periodically summon 3 Adds into the fight. When the boss does spawn his Adds, have the Tank pick them up and DPS them down as a first priority, then return to Isric. The boss is also equipped with a knockback ability, though there is little you can do to stop it.

This boss can drop the following loot:
[Coruscant Commendation]
Ironfist

Ironfist is much more of threat than Isric and like his predecessor, he’s immune to incapacitating and movement-impairing effects. Ironfist has two mechanics that you need to be aware of. The first ability is a type of Leap ability where he will leap to and attack a random group member. When this happens, the Tank should taunt Ironfist and regain control of the situation.

The second mechanic in this encounter is the incoming stream of Adds that need to be kept under control. These adds don’t do much damage, nor are they well defended and can easily be nuked down by one of the DPS whenever they spawn. Other than these two mechanics, Ironfist should go down without a problem.

Be careful as you go up the ramp in the Power Core room, as this is where a Champion droid will be waiting. If you happen to fall off, you’ll be greeted by instant death, so don’t. You’ll have to fight the champion boss ISS-7 Guardian Battledroid to get to the Tractor Beam. He will knock players back with a Head Smash so be aware of your positioning as you fight him. Putting your back toward the panels on the platform will help, don’t stand on them though because he can knock you off enough to kill you. Like the other bosses so far, Tank and Spank your way to victory, ensure everyone is always in good health and don’t let that knockback catch you out.

If you have completed all the bonus missions available throughout The Esseles, then you will inevitably have to fight ISS-994 Power Droid. To do this, two people will each have to activate their own individual consoles in order to release him. Fight the normal mobs that run up to the platform and then run over to the ISS-994 Power Droid.

This boss is relatively easy and shouldn’t hassle your group at all. ISS-994 has a tiny health pool, yet he does pack a punch. Have the Tank pick up the boss and the DPS nuke him down immediately. The Tank should pop all of his defensive cooldowns early in the fight and the Healer should keep everyone topped up throughout the entire battle.

Vokk is the final boss you will have to face whilst aboard The Esseles. He is a pretty easy opponent, providing you have full focus from the group, and everyone knows their roles. Once again, he is invulnerable to incapacitating and movement-impairing effects. Vokk brings backup to this fight aswell, in the form of 3 Adds. Firstly, have the Tank pick up all 4 enemies and then take those 3 adds out first. He won’t summon more, but you don’t want that extra damage hitting anyone in your party. Vokk likes to knock targets back and hit them with a Double Saber Toss. He also uses an ability called Drain Essence to channel a nasty DoT (damage over time) that you will want to be interrupting as a priority. Besides these factors, once again Vokk will basically just be a Tank and Spank boss.

There are two options in this Flashpoint where you can gain Light or Dark side points. The first option will be just after defeating Lieutenant Isric. Choosing to save the engineers with the “We’re not killing people” dialogue choice will reward you with 150 Light Side points once the flashpoint mission is completed. Choosing the “Engineers die, the rest live” option will net you 150 Dark Side points.

The second option available aboard The Esseles is whether or not to leave Asara behind, like the crew member requested of you. When you engage in conversation with her, selecting the “Let’s Go!” option will reward you with 100 Light Side Points. In order to gain 100 Dark Side points, players will need to select the option stating: “We need to talk Asara”. You then need to proceed to select “Yes-you’re staying here” in order to leave Asara behind and redeem your Dark Side points.