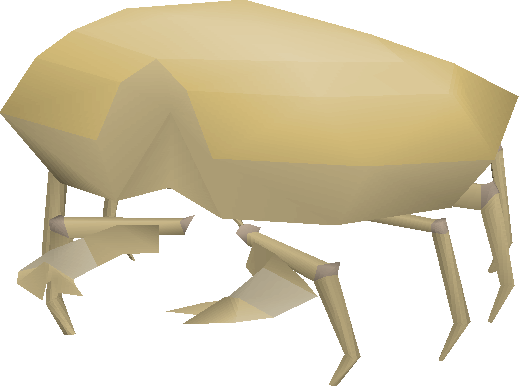 Note: I won’t get into experience rates as it would vary between low-level mains versus pures, the quality of your gear, and the combat style.

Swamp Crabs In Slepe (Range Only)

Swamp crabs have higher hitpoints than sand crabs, along with a higher base defense, but since they have a negative ranged defense, they are built for AFK ranged training
While some swamp crabs are found in awkward spawn points that won’t allow you to fully AFK train, here is a screenshot of one location in Eastern Slepe that will have two crabs going after you:

If you go towards the South West of Mount Quidamortem, there are bunches of Rock Crabs conveniently placed there. As a fresh character, you will have to run past Lizardmen and Trolls, but it is worth the trek since there is a bank nearby. 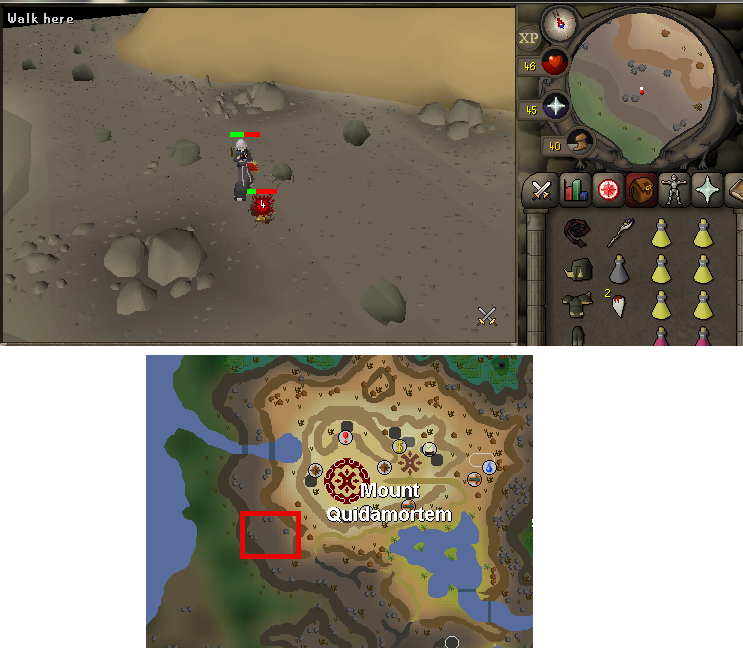 Even with worlds being packed, you will rarely need to compete for a spot.

The sleep locations have fewer requirements (just Priest in Peril), but since there are own 2 warriors, it really is only semi-AFK. Like the photo below, you can stand in the corner and let the druids aggro towards you, occasionally needing to click the level 13 stragglers.

Flesh Crawlers or more well-known in the F2P crowd, but since their drop table is enhanced in Members worlds, it’s worth training on a mid-level main, too. They are aggressive at any combat level, and if you are above level 88, the zombies won’t get in your way.
Screenshot
They drop Ranarr weeds and noted iron ore quite frequently. I usually end up with over 100,000 gold drops by the time I need to bank. If you have very high defense, bank trips will be a rare occurrence.

Inside the Kourend dungeon, players below level 57 will have an army of Mr. Mammals ready to attack them.
Their drops are not bad with plenty of mid-tier herbs, ensouled heads, and other goodies. Especially with Limpwurt Roots pushing close to 1K each, a low-level player can make bank from training here.
Note: If you’re an Ironman or hard up for money, you can thieve cakes just outside the dungeon entrance. 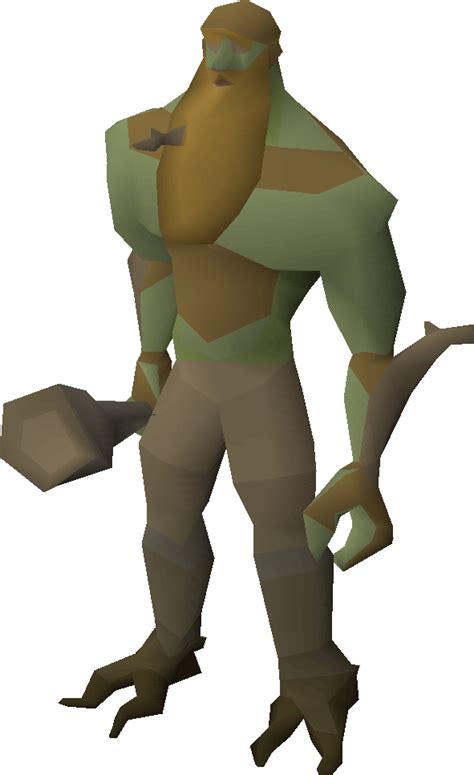 If you’re slightly higher combat and tanky, this is a good spot to farm for gold and experience. Just like the Kourend Dungeon Hill Giant Spot, you can get in the center and let them aggro on you for several minutes.
Notable drops include Ranarr Weeds & Seeds, Snape Grass Seeds, Mossy Keys, and Beginner & Hard Clue Scrolls. Personally, I was able to get up to 200K GP per hour while AFK training on my ranged tank.
Note for Pures: You can endlessly use Protect from Melee by burying the bones.

Thugs are often overlooked due to their low combat level. Since chaos druids in the Edgville dungeon get more traffic from bots and pkers alike, this can be a good alternative spot to AFK and collect expensive herbs.
Thug.jpg

« How to Use Runescape Special Text
Runescape Classic is Dead »