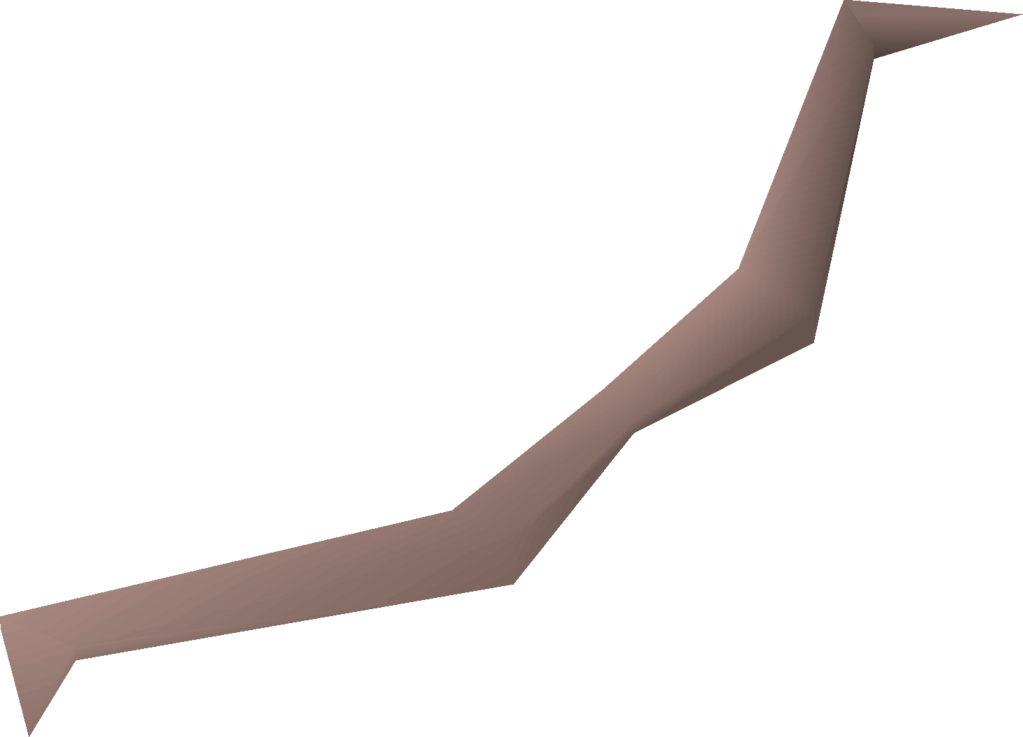 F2P is quite tough to train any skill, and that’s especially true for your Ranged skill. There is no equivalent to Sand Crabs, Nightmare Zone, nor is there an ava’s accumulator to save yourself arrows.

With a little creativity, you can still find quite a few suitable spots to AFK train range without using safespots or manually clicking.

Before we get into specific monster locations, let’s make sure you known what to wear.

You will need a mix of melee defence and ranged bonus so you can hit with enough accuracy while avoid taking damage, and thus needing to eat more food.

Here is a typical ranged setup you’ll find in F2P:

Your inventory should simple be filled with food and teleport runes. High alchemy runes are optional if killing monsters with suitable drops.

Wine would be the cheapest food to use as it doesn’t affect your ranged bonus, but even Lobster or Swordfish would be ideal to stay longer in far away spots.

Level 41 Flesh Crawlers are the absolute easiest monsters to train AFK range, or any combat skill for that matter. The spot worth training at is directly west of the center of the room with the chest.

This spot is idea since you do not need to use the doors (requiring you to answer security questions) in order to reset the aggro timer. Simply run to the North every 10 to 15 minutes and you will gain steady experience.

If there is another player here, it is best to stand on top of the other player so the Flesh Crawlers don’t get stuck with their glitchy pathing.

There are also level 44 zombies in the area, which will remain aggressive if you are below 89 combat.

The spiders in Stronghold of Security are considered the peak for afk melee training, but they may also be used for ranged training with the right setup. I would reserve training here until at least 80 defence and 70 range, where you can wear a tank ranged setup to last long enough to be worth it.

The biggest cluster is in the first room on the third level of the Stronghold of Security, and there is usually enough room for multiple players per world.

It’s important to take advantage of the NPC Indicators add-on for Runelite to keep track of where you should stand between spawn points. Once you have you character aligned in a sweet spot, you should constantly be in combat and gaining experience.

Another important note: be sure to run south to reset NPC aggression as there are sometimes groups of PKers in multi-combat towards the North.

In the wilderness graveyard (the one that spawns planks) is filled to the brim with level 18 and level 24 zombies. These zombies hit quite infrequently on players with mid-to-high defence levels, making it an ideal afk training spot.

While their drops are nothing special, you can accumulate chaos and cosmic runes to help pay for supplies.

Since they drop runes and talismans often, you can get enough in drops to make up for the arrows you use. Fire talismans are the biggest ticket item as they are worth over 5,000 gold at the time of writing this, and can drop frequently.

I would recommend a higher magic level (70+) fore defence, but even low-level ranged levels are good enough to start here.

Ogress warriors are the lesser AFK monsters on this list as you ideally want to use a safe spot while killing them. If you have very high defence, then you could go ahead and AFK train on them while taking hits in certain spots.

I would recommend killing these on an higher-level account with Dragon Slayer completed so you can access the north-western cave found on Corsair Island. This cave is less competitive, and has an AFK spot with two melee Ogresses, allowing you to avoid taking damage from shamans.

Avantages of training on Ogresses:

A big cluster of Ice warriors in the northwestern corner of the Wilderness, known as the Ice Plateau. These ice warriors have a very long aggro range, and standing at almost any spot should allow you to AFK train.

I would recommend having 70+ defence and ranged to train efficiently and to avoid frequent trips to the bank. Afterall, you will have to walk quite a ways for each bank trip.

As for drops, you should get frequent cosmic runes and nature runes to help cover your expenses.

If you are under 115 combat, then you might as well AFK train on Ice Warriors outside of the Wilderness. It is essentially the same as above, however banking is quite a bit safer & convenient.

You will need to traverse south of Port Sarim and into the Asgarnian dungeon where you find Blurite Ore. Since they have a high aggressive range, you can pretty much guess where to park your character in the center of the room and allow Ice Warriors to start attacking you.

The easiest way to bank is to run to Corsair Cove, or you may teleport to Falador and run back down to the dungeon.